ArtWest is a community art exhibition and art sale, each year showcasing over 60 West Auckland artists and makers. Established in 2009 it is an unique event that collectively celebrates and honours the strength and diversity of arts practised in our communities, in an environment that is accessible to a broad audience.  Accompanied by workshops, performances, talks and more.

ArtWest is a community art exhibition and art sale, showcasing over 60 West Auckland artists and makers.  Established in 2009 it is an unique event that collectively celebrates and honours the diverse arts practised in our communities, in an environment that is accessible to a broad audience.  A visual feast of local arts and mediums which includes sculpture, photography, a short film, jewellery, soap, painting, textiles, ceramic, illustration, raranga and VR.

Alongside the exhibition, there is a public opening with sounds provided by Dj Empress Naima, an installation of art created by students from 6 local schools and ArtSpark, and ArtsWhau will host the annual Dinner at ArtWest, a chance for local based artists to catch up, exchange ideas and get to know each other.

Alongside the exhibition of over 70 West Akl Artists, there were public and student workshops, community art projects, and events. Thanks to everyone that participated and came along. Especially the many wonderful artists of West Auckland.

BRINGING IN THE LIGHT MURAL | as part of ArtWest 2018 we were proud to offer Kelston Girls’ College students the opportunity to co-create a public mural piece, inspired from talanoa (conversation) with students and mural artist, previous Kelston Girls’ College student, Amiria Puia-Taylor. The talanoa focused on the students’ retrospectives with their observations of their local environment as a school and more widely as citizens of their community. When asked what some of the key issues of their neighbourhood were, there was an unhesitating mutual heartache for the amount of people without homes.

Kōrero | This mural piece that confronts the issue of homelessness with a bold silhouetted figure whose hands extend out a bowl ‘offering’ instead of ‘needing’ light. The dark figure sits upon a foundation of diverse motifs and complimentary colours to symbolise the ‘ethnic makeup of’ ‘The Block’ (Kelston Girls College) as a statement that objects against homelessness with a positive lens to reiterate the importance of health and wellbeing.

Thanks to all the Artists, Volunteers, Sponsors and ArtWest 2016 Coordinator Kinstry Smythe who made ArtWest 2016 awesome.

Including creative workshops, performances, artist talks, art huis and events for adults and children.  All events and performances were FREE.

Exhibition in Kelston promises to create access to art by Mahvash Ali.  The Western Leader OCTOBER 2016

A miscellany of local events by Naomi McLeary.  The Fringe OCTOBER 2016 (page 10)

Embracing the breadth of art created in West Auckland the exhibition included paintings, sculptures, ceramics, textiles, photographs, film and installation, with many of the works for sale.

ArtWest 2015 is a public exhibition of West Auckland artists organised and hosted by Kelston Girls College. First established in 2009 this is the third ArtWest exhibition.

Embracing the breadth of art created in West Auckland the exhibition will include paintings, sculptures, ceramics, textiles, photographs and film, with many of the works for sale.

ArtWest is an opportunity to celebrate and support the creativity and unique identity of West Auckland. With art by nationally and internationally acclaimed artists on display, artist talks and free creative workshops for adults and children ArtWest promises to be inspiring weekend event.

Some of the talented artists who will be displaying this year : 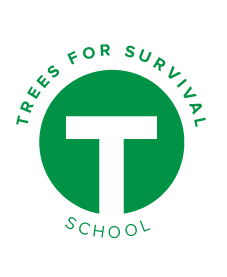